Members of the CCI group have been, or still are, involved in a number of other projects, some of which are described here.

Geostd is an open-source set of restraints for molecules involved in macromolecular structure refinement, maintained by Nigel Moriarty. The restraints are required to provide additional chemical information in refinement, effectively reducing the number of refined parameters.

In scientific computing, Fortran was the dominant implementation language throughout most of the second part of the 20th century. The wealth of tools accumulated during this time has been difficult to integrate with modern software, which is now dominated by object-oriented languages. Driven by the requirements of the Phenix project, Ralf Grosse-Kunstleve has developed a Fortran to C++ source-to-source conversion tool named FABLE. This removes the barrier between traditional and modern software technology. FABLE enables the continued development of new methods even while switching languages. In FABLE the analysis of the Fortran source is separated from the generation of the C++ source and it could therefore be re-used for other target languages.

Paul Adams has had a long standing interest in the structural biology of chaperonins. Chaperonins are large protein complexes consisting of two stacked multisubunit rings, which open and close in an ATP-dependent manner to create a protected environment for protein folding. In the past we have worked with Art Horwich (Yale University) and now with Judith Frydman (Stanford) to study both type I and type II chaperonins using X-ray crystallography. 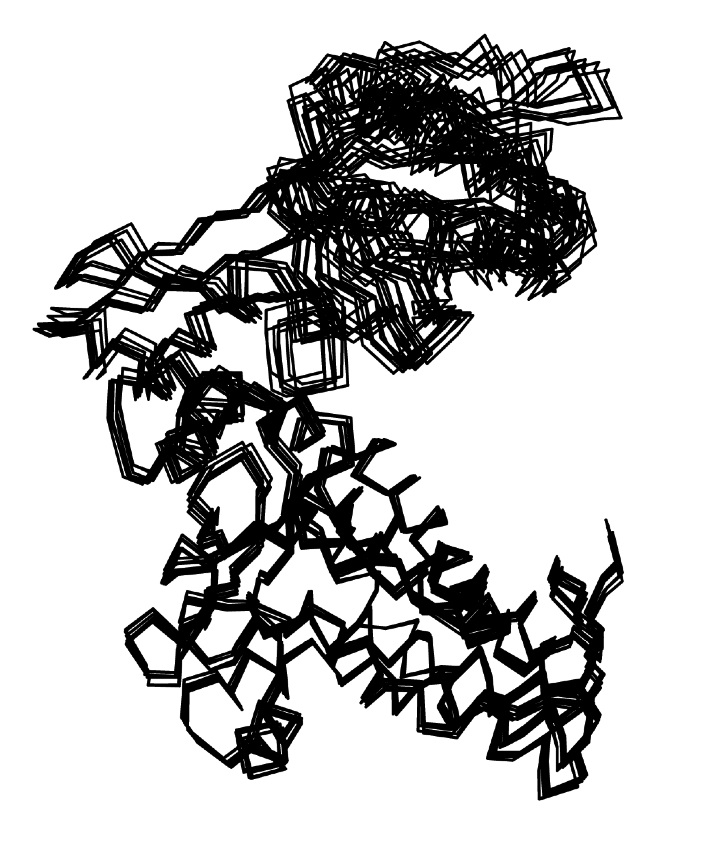 In 1995 we demonstrated the conformational variabilty present in the type I chaperonin GroEL, which could be observed after full refinement of the crystal structure (Nature Structural Biology 1995, 2:1083-1094). More recently we were involved in using crystallography, electron microscopy and different biochemical techniques to study the role of the γ-phosphate of ATP in triggering protein folding by GroEL-GroES (EMBO Journal 2003, 22:4877-4887). The contribution of the γ-phosphate of ATP to this activation process was studied using complexes of ADP and aluminium or beryllium fluoride. These ATP analogues supported productive cis folding of the substrate protein, rhodanese, even when added to already-formed, folding-inactive cis ADP ternary complexes, essentially introducing the γ-phosphate of ATP in an independent step. Aluminium fluoride was observed to stabilize the association of GroES with GroEL, with a substantial release of free energy (-46 kcal/mol). 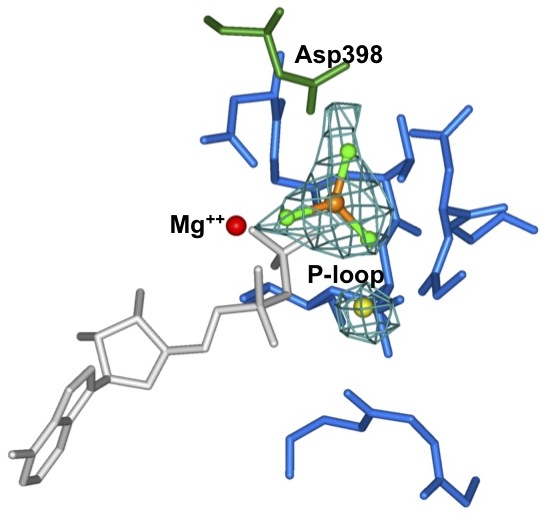 Subsequently, in 2004, we used an analysis of the atomic displacements in GroEL/GroES crystal structures to study their different states (Journal of Molecular Biology 2004, 342:229-245). The anisotropic displacements of GroEL domains from various crystallized states, unliganded GroEL, ATPγS-bound, ADP-AlFx/GroES-bound, and ADP/GroES bound, using translation-libration-screw (TLS) analysis. Remarkably, the TLS results show that the inherent motions of unliganded GroEL, a polypeptide-accepting state, are biased along the transition pathway that leads to the folding-active state. In the ADP-AlFx/GroES-bound folding-active state the dynamic modes of the apical domains become reoriented and coupled to the motions of bound GroES. The ADP/GroES complex exhibits these same motions, but they are increased in magnitude, potentially reflecting the decreased stability of the complex after nucleotide hydrolysis. 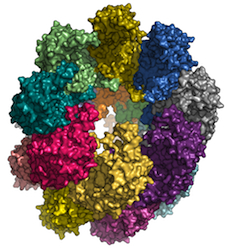 In 2010, in collaboration with Judith Frydman's group and Jonathan King's group, we described the first crystal structure of a group II chaperonin in an open conformation (J. Biol. Chem. 2010, 285:27958-27966). We obtained structures of the archaeal chaperonin from Methanococcus maripaludis in both a peptide acceptor (open) state and a protein folding (closed) state. In contrast with group I chaperonins, in which the equatorial domains share a similar conformation between the open and closed states and the largest motions occurs at the intermediate and apical domains, the three domains of the archaeal chaperonin subunit reorient as a single rigid body. The large rotation observed from the open state to the closed state results in a 65% decrease of the folding chamber volume and creates a highly hydrophilic surface inside the cage. These results suggest a completely distinct closing mechanism in the group II chaperonins as compared with the group I chaperonins. 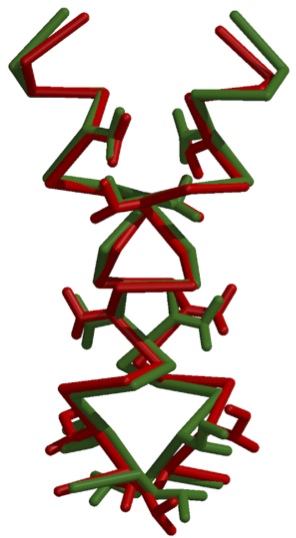 There are many integral membrane proteins whose functions depend upon the successful formation of oligomers through interactions between transmembrane α-helices. While at Yale University Paul Adams worked with Don Engelman's group to use computational and mutagenesis data to predict the structures of small transmembrane protein assemblies. Building on the work of Herbert Treutlein and others it was possible to develop new predictions for the transmembrane region of the protein glycophorin A (Proteins 1996, 26: 257-261). To do this a more global search method, using fewer assumptions, was developed. The resulting model significantly differed from that previously determined. In particular, the arrangement between the two transmembrane helices was now more symmetric resulting in improved interaction energies and an increased buried surface area. An increase in the van der Waals interaction energy due to tighter packing compensates for the loss of an interhelical hydrogen bond observed between Thr-87 of each helix in the previous model. 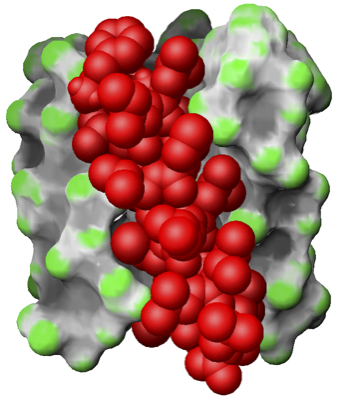 Because the structural and environmental constraints greatly simplify the folding problem for membrane proteins it was possible to apply the same methods to a pentameric protein, phospholamban (EMBO Journal 1994, 13:4757-4764 and Nature Structural Biology 1995, 2:154-162). In collaboration with Shy Arkin in the Engelman Lab, Computational methods and experimental methods were used in a global search to find a small number of chemically reasonable models within these constraints, such that a modest set of experimental data could distinguish among them. We showed that for phospholamban, the global search can be further simplified by reducing the problem to two-body, rather than many-body, interactions. This method of a constrained global search combined with experimental mutagenesis data yielded a three-dimensional structure for this pentameric ion channel. The model is a left-handed symmetric homopentamer of α-helices with a well-defined channel, lined solely by hydrophobic residues.

The computational methods implemented in the Chi suite of programs, for use with the Crystallography & NMR system. The Chi suite is available from Paul Adams by request.